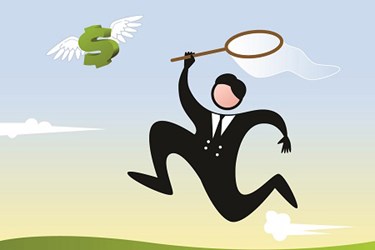 B2B marketing is dead today, killed by a total lack of innovation, imagination, and style.

Sales reps, 50 percent of whom now fail to make quota, often consider marketing just a make work place where useless “leads” with Hotmail and Gmail accounts are passed to them — leading to nothing.

So, if one is taking a disruptive product to market, what does one do?

Well, if you are VC funded, you hire the hapless marketing types, fire up that SPAM-Marketo marketing machine, buy DiscoverOrg lists used by everyone in the industry, and blow through that Series A and Series B round.

Nothing happens, the sales team turns over once or twice, but you are executing the conventional wisdom, dumb as it may be. Everyone does it!

But, if you are funding the company yourself, keeping the equity for your team, you think carefully. You closely evaluate what it is marketing is supposed to do, how they do it, and evaluate what is the essential deliverable.

For us, the essential deliverable is persuasion via differentiation.

Our team needed to persuade Fortune 100 C-level execs there was a problem in app dev. That was not too hard since everyone kind of knows that. There lies the problem.

There are hundreds of ways to attack app dev with the goal of delivering apps 30 to 70 percent faster.

But we did not do that. We delivered apps, the kind of enterprise apps one would expect to take 18 to 20 months to build and we delivered them in a single quarter.

We took apps that ran for 92 hours in a massive data center and we had them running in less than a minute on a $2,000 Intel NUC. In a quarter.

Early sales calls were met with constrained laughter — until a quick POC (proof-of-concept) actually stood up the entire system before the contract was done.

Our firm’s problem was there were so many different ways to drive incremental change there was little or no appetite to appreciate disruptive change. In fact, few believed there was even such a possibility because they were so tied up in traditional and current means of what we now call DevOps.

So, we needed marketing.

Knowing traditional B2B marketing with logo-wear and SPAM was not conducive to our message to the C-suite, we looked at a quite different way too get to those we sought and hoped would get our message.

We spoke to two constituencies who do this every day — but not in B2B selling. We met with Hollywood screenwriters and cartoonists.

The screenwriters were all about the core elements of a story. What part of a story comes first? What is the ingredient in a story that causes someone to have that AHA! moment when they realize that, if they looked at app dev from a different place, the outcome could be radically better? How does the best story materialize?

We met with cartoonists. For them, our question was: “How do we take a very complicated technology story, about a quite simple technology, and get it across in fewer than 50 words?”  The answer was the cartoon — a way to bond pictures, innocent ones with no inherent bias, to some messaging that would make someone stand up and take notice that there might be a better way.

All our efforts went into a new language — actually two. The first language is that of cartoons. How does one say something with a cartoon? How many characters work? What is the interplay? Male or female?

The second language is that of the story — that immutable human communication means that has lasted thousands of years and yet today, even with Marketo, remains the best way for one human to communicate a complex thought to another human.

Who writes stories? Screenwriters. Did we know one? Yup, we did and he is writing for Hollywood.

So we hired a screenwriter and multiple cartoonists. They crafted our disruptive stories so we could deliver a differentiated message, about a disruptive technology, to buyers who at first laughed because they thought it impossible.

But we landed the accounts we wanted and we still do not have a marketing VP and we do not spend money SPAMMING with Marketo to DiscoverOrg lists.