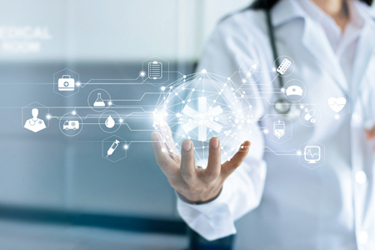 Corporations are at the end-of-life for current IT technology.

Software can no longer scale – either to solve massive data problems or deliver agile apps written and deployed in days. Apps cannot be delivered in days if they are going to make available all the data a company has on that customer.

DevOps was supposed to solve much of this problem. DevOps is the developer team working with operations, in “agile” scrum groups generating software in sprints.

The early casualties were the DevOps software firms. Chef, Puppet, and scores of others raised enormous amounts of money only to be sold for scrap or not sold at all. Many just struggle along, the market having moved on.

Yet something is going on in that little corner where nobody is looking. Right now, a successor programming model beyond microservices architecture, System Oriented Programming is delivering a radically new customer-engaged-development model.

System Oriented Programming starts from the total opposite from DevOps – the customer should craft the application that delivers her desired business benefit – within a single quarter.

OK, let’s take a model and run it through DevOps and customer assisted app delivery.

Take a scary app at any corporation, their customer care, and billing system. Why not start with the scariest, most complicated, and highest risk system to prove the point – or to show the difference?

Nobody wants to rebuild their customer care and billing system without testing every aspect of it for a very long time. Nor would anyone expect to do this, for a million to a 100 million customer base in less than years. Lots of years.

With current DevOps, there are months of meetings. How do we integrate the current databases? How do we tie to the departmental databases?

Then there is endless system design. There are months of meetings with all the stakeholders, creating written documents, data flow diagrams, you know the drill.

In System Oriented Programming, this world is different. Think differences of kind, not of degree.

System Oriented Programming starts with the data feeds to the current system. There is NO NEED to look at current code as none is used.

System Oriented Programming, in the hands of a few, like two or three, full-stack Node.js developers deliver a micro-app, not a set of microservices.

That app has only 20,000 or so records. It is just like a big spreadsheet – but it can do anything with those records. That micro app goes into the hands of a group of users, within the first 30 – 60 days.

Remember, a micro-app is a fully mature app, just a small version of it. Bite size.

Users modify that spreadsheet or have a small team of full-stack developers do it for them. Within a week or two, the user has customized what she wants from that app, with few if any meetings, no flow diagrams, zero interminable Zoom meetings.

The user has bought in. More significantly, the user just saw a benefit in weeks, not a years-long project typical of current practice.

The payoff of System Oriented Programming is the micro-app. It is a fully distributed, peer-to-peer app that has the entire app infrastructure inside. Just add data.

The app did not change, the data did. The users enabled the elimination of all the nonsense of DevOps meetings, sprints, diagrams, flowcharts, and years of development.

The users now have a user accepted, fully functional system, delivered in a single business quarter. It scaled to 100 million customers – or much more.

This is customer-driven app development. Line of business users is its beneficiaries. Armies of programmers are its victims.

Change always seems to come from that little corner where nobody is watching.

Except for a few.