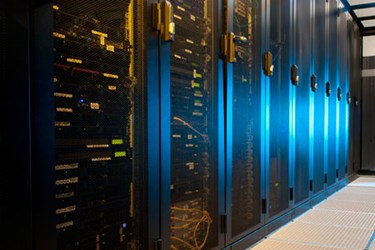 For a generation we have lived with Moore’s Law:  the speed and capability of computers doubles every two years while their cost is cut in half.

There has not, however, been a Moore’s Law in software.

Actually, quite the opposite has happened. Software apps tend to accumulate more functions, used by fewer people until nobody understands why they were first created.

Apps become slower, more expensive to maintain, and business users sometimes waited weeks for even a simple request to be fulfilled.

Management eventually threw up its hands: “It can’t be this screwed up!”  “Do something!”

The Cloud Era was born.

The Cloud Era represented replacement of the data center, or parts of it, with someone else’s data center. The cloud data center runs pretty much the same tools, the same software as the internal IT shop.

Apps that took days to run in the data center took just as many days in the cloud. Building new apps in the cloud, at best, took 20 percent less time. Costs did not appreciably change. Most of all, nobody gained a significant competitive advantage because the cloud is not a new technology.

The cloud is the same technology in a different place.

New business models require very different cost and performance capabilities than today’s data centers (whether they are in the cloud or on-premise) can provide.

For example, a legacy billing app that ran for 93 hours in a data center now runs in less than a minute on a $2,000 commodity hardware platform.

The common theme is speed and dramatic cost reduction without a data center. How can this be?

Fractal Programming EDGE compute is massively distributed. The collective power of an inexpensive network of computing devices acts as the data center. The IT data center, consuming between 2 percent – 5 percent of America’s energy is replaced. Real GREEN progress occurs.

Fractal Programming EDGE compute uses application-specific databases and abstraction models reducing abstraction layers in a system. This simplification removes the I/O wait states associated with translation from one representation to another in complex systems.

Fractal Programming EDGE compute takes advantage of the repetitive nature of most core business processes and moves the compute and storage associated with repetitive tasks to be co-located with the task. This can result in immense reductions in system I/O wait states.

These system-wide reductions in I/O wait states are what delivers performance that can be 1,000 – 1,000,000 times faster than data center (or “cloud”) applications.

Early Fractal Programming EDGE applications have been in production for 6 years at firms most of you know.

There is a growing constituency of innovators and early adopters who need to deliver disruptive business models and Fractal Programming EDGE is the technology stack that makes it both possible and practical to deploy these business models.

One of the largest potential disruptions enabled by Fractal Programming EDGE computing is the total elimination of the corporate data center.

As one executive who implemented an Fractal Programming EDGE technology for real-time data analysis recently said:

“We concluded there is not an application that we have or can envision that really needs a data center.”

As the Fractal Programming EDGE compute stack continues its entry into the executive toolset, the days of the legacy data center and its associated costs, may well be coming to an end.