Microsystems – Next Step Beyond Micro Services

Microsystems – New Compute Paradigm For The Work From Home Generation 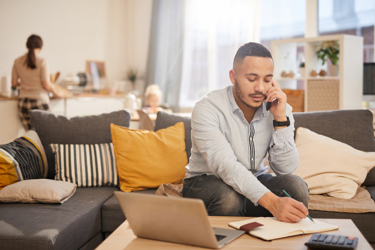 Anything that rapidly enables expensive developers to do more with less, is a good thing.

Now, microservices architectures have opened the door to an even more fundamental compute paradigm shift – MICROSYSTEMS architectures and Fractal Programming.

Microsystems architectures are the result of simultaneous innovation across the entire modern development stack:

Microsystems enable developers to build, test, and deploy a microsystem that is a 100 percent functional equivalent of a major application, on one’s laptop.

This is the result of Fractal Programming.

Let’s go there for a minute.

Now a developer, working from home, can securely build a fully distributed node for a major production system. That node will be one instance of what will become hundreds or thousands of nodes in the running systems. Every one of those nodes behaves like every other node, albeit with different data.

Why is this important?

Fractal Programming optimizes for “Locality Of Reference.”  For those not computer scientists, that means the data needed for the next CPU instruction is accessed locally and does not have to be fetched remotely (from an Oracle database).

Getting rid of Oracle is the promised land for many CIOs, but the added benefit is creating supercomputer performance on existing hardware.

With locality of reference, application-layer code can run a thousand to a million times faster. In practical terms, every server can now do the work of 10 servers running traditional software. Data centers and cloud resource needs can be 1/10th their previous size.

With Fractal Programming, major apps that used to take 2 years to develop can now go from concept to production in a single business quarter.

Let’s get back to our developer friend, working quietly and happily from her home.

She is building the entire enterprise application.

Every system node behaves like every other and plugs into the Fractal Run-Time Environment. Once her system node is built, she can automatically bring up thousands of identical nodes, fully distributed, and automatically distribute and load the corporate data into them – all behind the cherished IT firewall.

She also can run this now-massive application in a completely decentralized configuration without a data center at all.

Fractal Programming is where the compute world is going because it must.

Applications are moving to the customer. They are collecting data across vast networks and disparate locations. Customers need to compute where the data is, and not be forced to send data to centralized locations that concentrate intrusion threats and risks communication delays and failures.

This is the world of the fully distributed app and Fractal Programming is its foundational programming technology.

Microsystems assume they are operating on a compromised hostile network. Every microsystem instance has full security infrastructure built in. Microsystems never assume they are behind the “safety” of a corporate firewall. This security paradigm is designed for the age in which we find ourselves.

Adopters of Fractal Programming believe the Black Swans of Coronavirus and societal disruption will continue to visit. More critical resources will work from home and remote locations. Security threats will continue to infect via the misapplication of legacy security to web based, mobile applications.

Today, Fractal Programming is safely and securely bringing super-computer performance applications to where the data (and the developers) reside – not forcing the data to be transported to where the IT shop might be.