From Micro Services To Micro Systems – The Parallel App 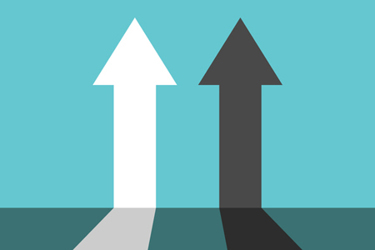 Microservices, containers, and object-oriented programming are delivering some level of benefit in replacing monolithic apps. Unfortunately, that benefit is not enough to move the needle against 70 percent to 90 percent of all digital transformation failures.

To “transform” a monolithic, legacy app into an agile, slender, responsive set of microservices, requires months of evaluation of every subroutine.

While the result of the transformation may be an agile app, the process of getting there is not much different from writing the monolithic app in the first place.

It does not have to be this way.

Its disruptive outcomes are possible because the micro apps are freed from the current, legacy underlying tech stack.

Building micro apps, with Fractal Programming is an entirely different experience from rewriting/recoding a legacy app.

Many legacy apps have evolved into code thorn beds that do not provide what the business needs.

Many firms, particularly with their Customer Care and Billing Systems, have adapted their business to the constraints of their legacy apps because the apps do not natively match the firm’s business processes.

Such monolithic apps are so onerous, so dangerous to change, little if any innovation can take place in their boundaries. Just think of it:  the most important customer-touching systems cannot be touched without fear of disaster.

In Fractal Programming, a single engineer builds a micro app which has the core functionality required for billing, or check processing, or customer care management, or whatever the required business functionality might be. The micro-app is developed as a single node (running on the engineer’s desktop) and then, with the push of a button, is replicated across all nodes in the system and with aggregate access to the full production scale data collection.

Software systems that once took 18 months to 36 months to build with large teams, can now be delivered in a single business quarter, with a few full system developers, at a fraction of the cost.

No one has to touch or modify the fragile, scary legacy Customer Care and Billing System.

With two systems running in parallel, you now have two systems independently calculating customer bills. If the systems agree, there is certainty the bill is correct. If they disagree, you have a flagged a problem BEFORE the customer sees the bill.

A parallel Customer Care and Billing System can be the QA system for new billing or customer care features. The new parallel system can become the access point for the major accounts sales team since, because of its processing speed, it has real-time capabilities that are not possible with the legacy system.

The parallel Customer Care and Billing System can run in parallel forever as a QA system – or, after 6 months or a year, with every transaction being tested and reconciled, it can replace the onerous (and expensive!) legacy system.

PrevPreviousMicrosystems – Next Step Beyond Micro Services
NextSales Enablement – Not Much Value, Good at Parachute TimeNext